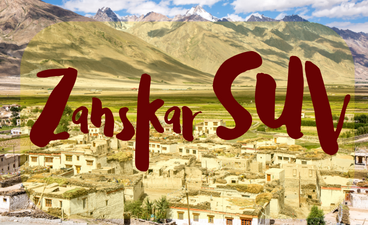 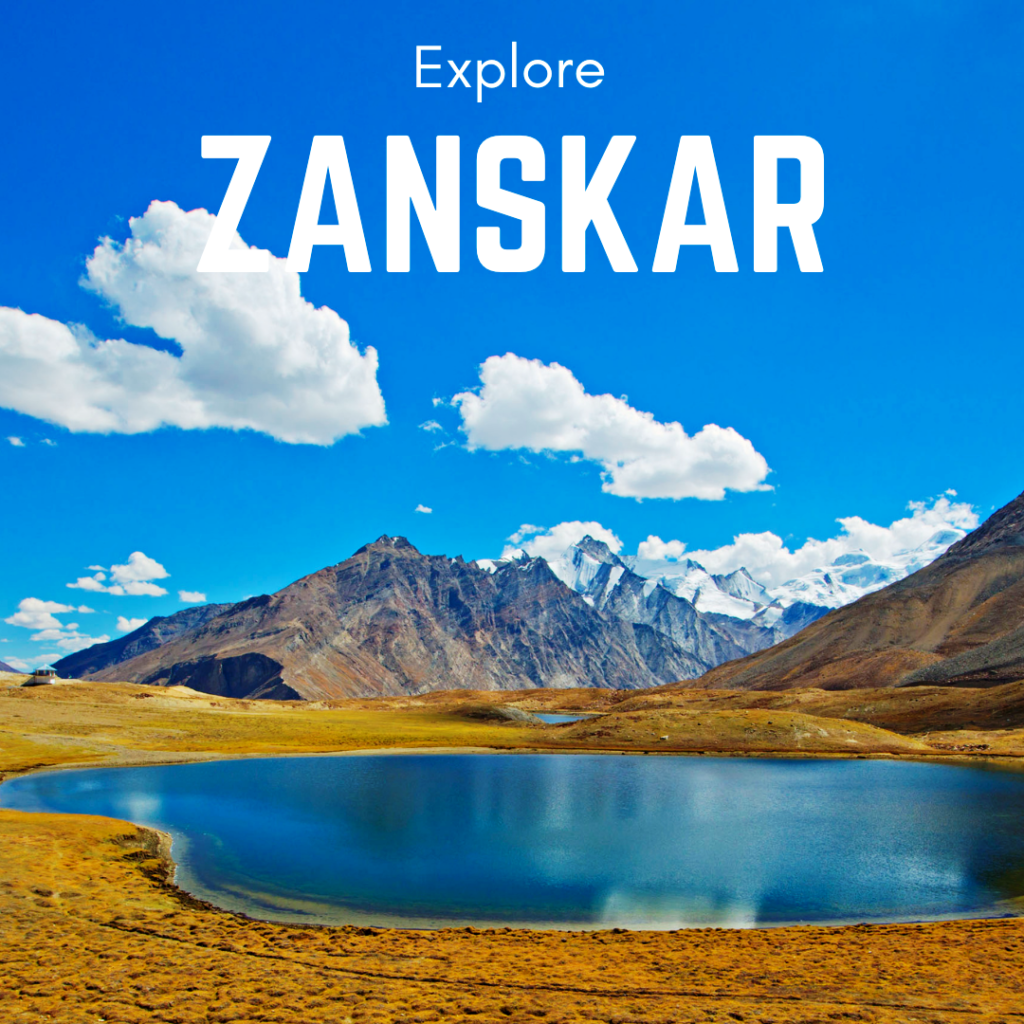 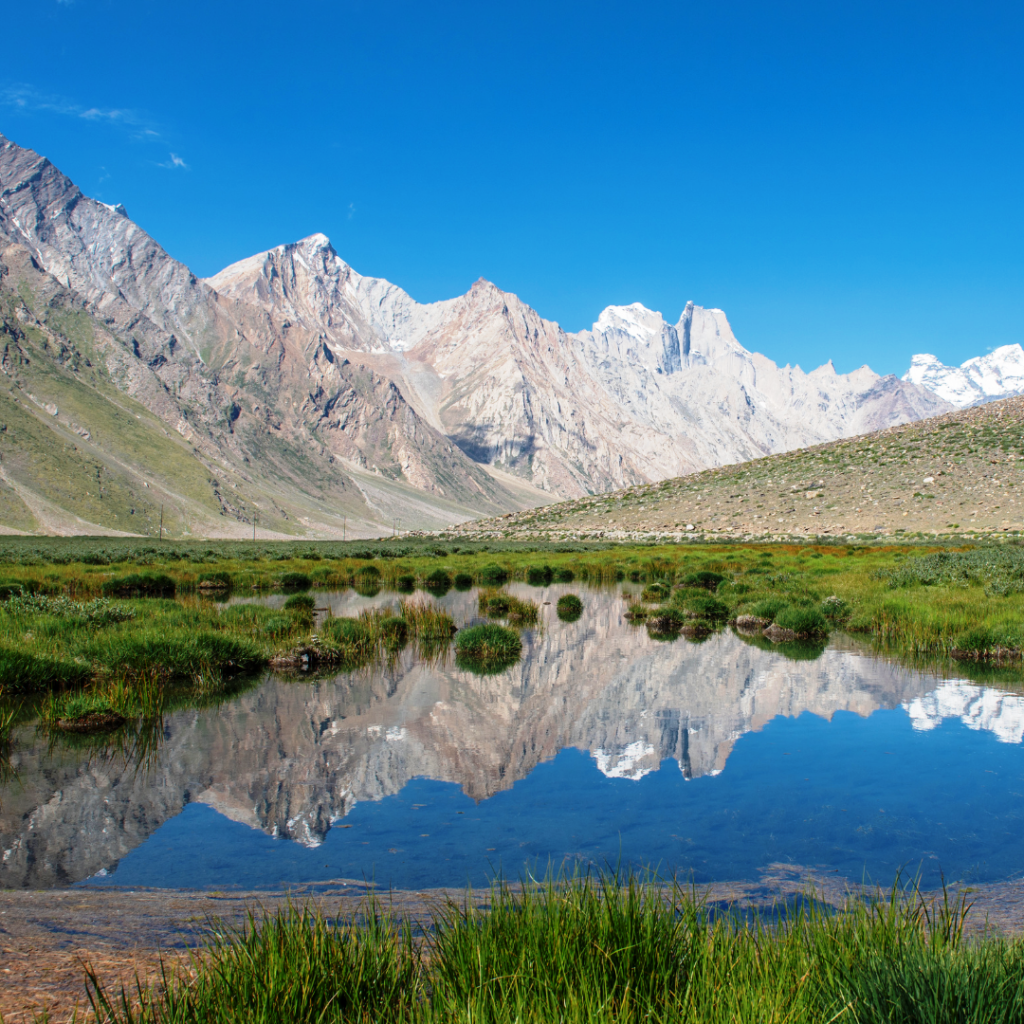 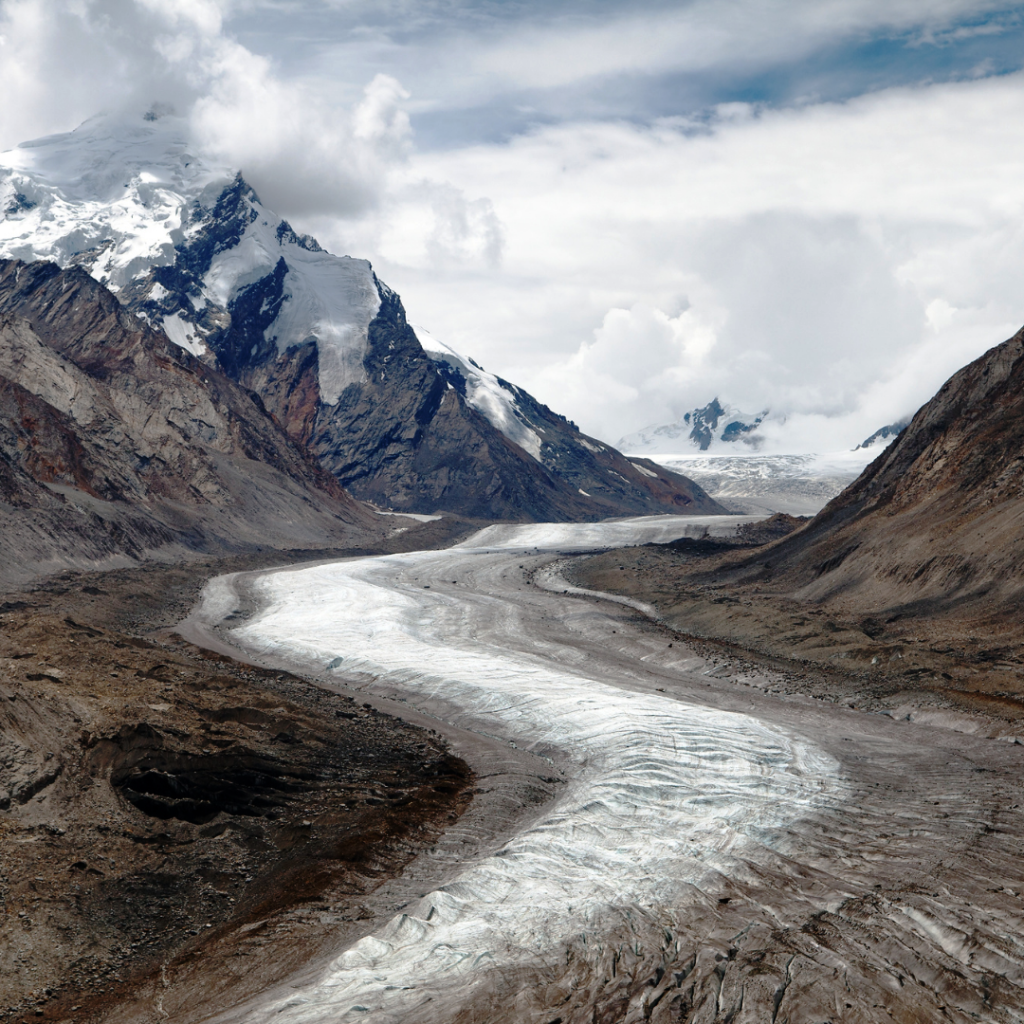 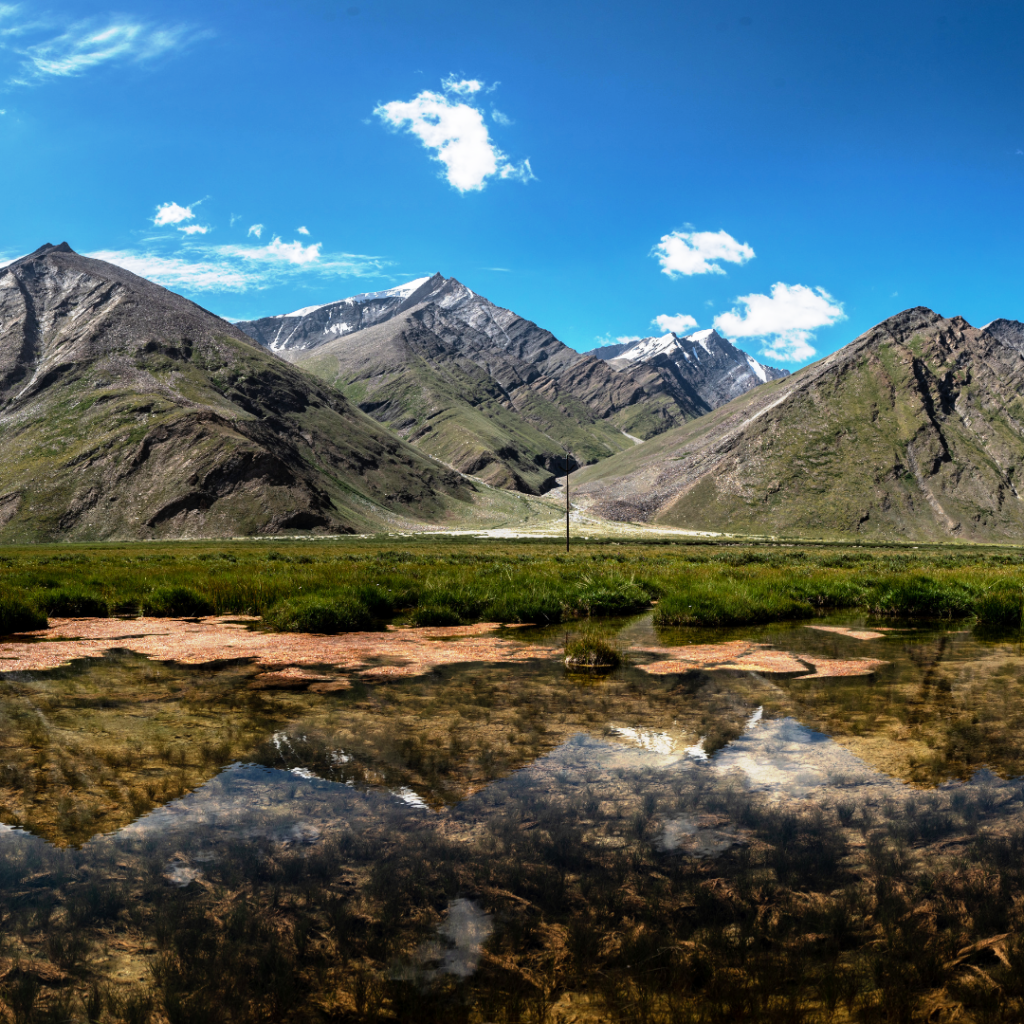 Zanskar is a high altitude semi-desert lying on the Northern flank of the Great Himalayan Range where almost every village has a local monastery,
often containing ancient wall-paintings and images. Zanskar lies 240 kms of west of Manali Leh highway via Shinglo(5091 msl) or ShinkuLa ,
then to PensiLa(4400 mls) and Drung Drang Glacier View Point.

Join us on SUV Adventure Roadtrip which starts from Manali to Padum then back to Manali.

Starting the trip from Manali, which is located at the head of the lush green Kullu valley. Leaving Manali first to Solang and then to the Atal Tunnel Rohtang, which is now the new gateway to Lahaul, Spiti, Pangi, and Zanskar valley. The landscape changes dramatically, the greenery being replaced by barren hillsides, surrounded by high peaks, hanging glaciers, and the village with their bountiful fields of barley, peas, and potatoes, stand out in stark contrast. On entering Lahoul the Buddhist influence is visible in the many monasteries crossed on the way. The people here have distinct Tibetan features. From Tandi along the Bhaga River to Keylong and to the hotel in Jispa.

Leaving Jispa, We drive to Darcha and continue to Chikka & Rarik, the last two villages before Shinkun La. Crossing bridge at Palamo then along the river to Zanskar Sumdo. Leaving Zanskar Sumdo the road passes through the second bridge then up the right-hand valley following the stream, which comes from Shinkun La (Shingo la). The highest point of our trip at 5,090 meters. Top of Shinkun la there is prayer flags and mani stones that are telling the story of those people who cross over years back. With an impressive view to Zanskar side the valley we take summits rising above 6000 m of the Great Himalayan range. The road descends to Pankeya and further to Lakhong we reach the valley floor. Lakhong is high pasture land for yaks, dzo, and sheep, where domestic animals are kept during summertime and produce cheese, butter for winter stock. Along the right bank of Kurgiakh chu and below the mass fallen rocks of Gumborungjum peak. We finally arrive at Kurgiakh, the first village of Zanskar. We pass the Karu, Tangze village to a series of stupas before reaching Purney. Purney is situated at the confluence between Tsarap and Kurgiak chu and forms the Lungnak River valley.

Purney to Phuktal distance: There will be a halfway road and a half walk. So keep 5-6 hrs for this day.

Leaving early today from Purney to Phuktal to reach gompa during morning prayer time. It's a two hours hike to Phuktal also called Phukthar. We depart early from Purney on a well-defined trail along the left bank of Tsarap River. Shortly before Phuktal, we cross the Tsarap river by hanging bridge. This monastery is built under a huge cave and it belongs to the Gelukpa sect of Tibetan Buddhism. The road between Purney to Phuktal is still under construction, thus we walk from Purney to Phuktal. There is a stone tablet that serves as a reminder of the stay of Alexander Csoma de Koros at Phuktal, while he worked on the first English-Tibetan dictionary between 1826 and 1827 when he explored Ladakh. Afternoon retraces back to Purney.Leaving Purney, the road passes through the beautiful village of Raru village. En route passing and visiting Bardan gompa continue to drive to Padum.

We leave behind the isolation and make our way to the bigger Zanskari villages of Ichar and Mune to reach the capital of the erstwhile Zanskar kingdom – Padum. Padum is a small town now with less shops and cafes and most modern amenities. Explore Padum to Pensila to Drung Drang glacier . (160km | 7-8 hours)

Leaving Padum first to Tungri and passing many small villages along the route to Pensi La. Pensi La is known as "The gateway to Zanskar" which connects the Suru valley to the Zanskar region. The Nun and Kun peaks both above 7000m can be seen. The Drang Drung glacier to the Eastern flank of Pensi La is the source of Stod or Doda River, which flows into central Zanskar and joins with Tsarap Chu to form the Zanskar River. Which is famous for the frozen river of Zanskar known as the Chadar route. After visiting the Pensi la drive back to Padum for an overnight stay.

Back to Manali via Atal Tunnel. 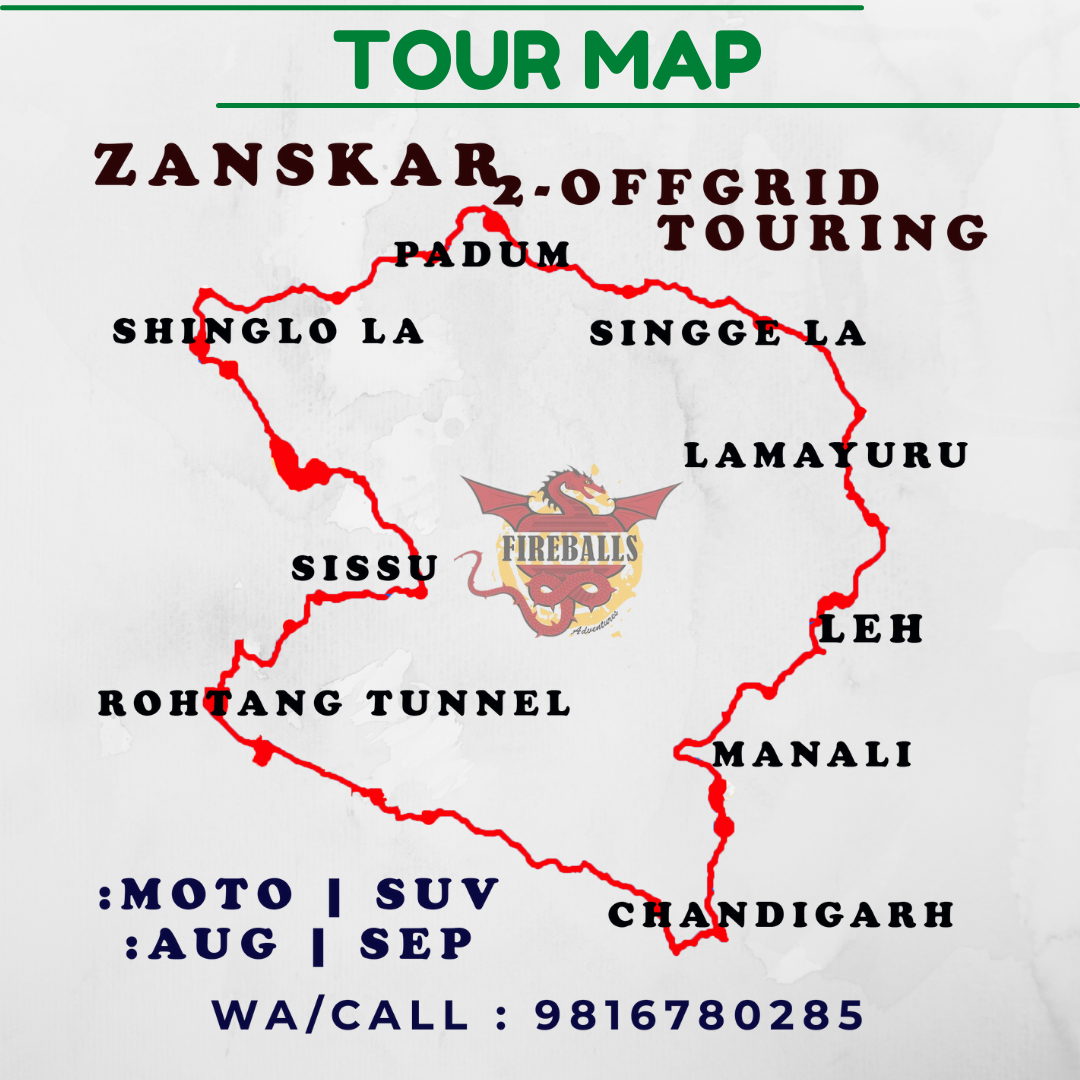